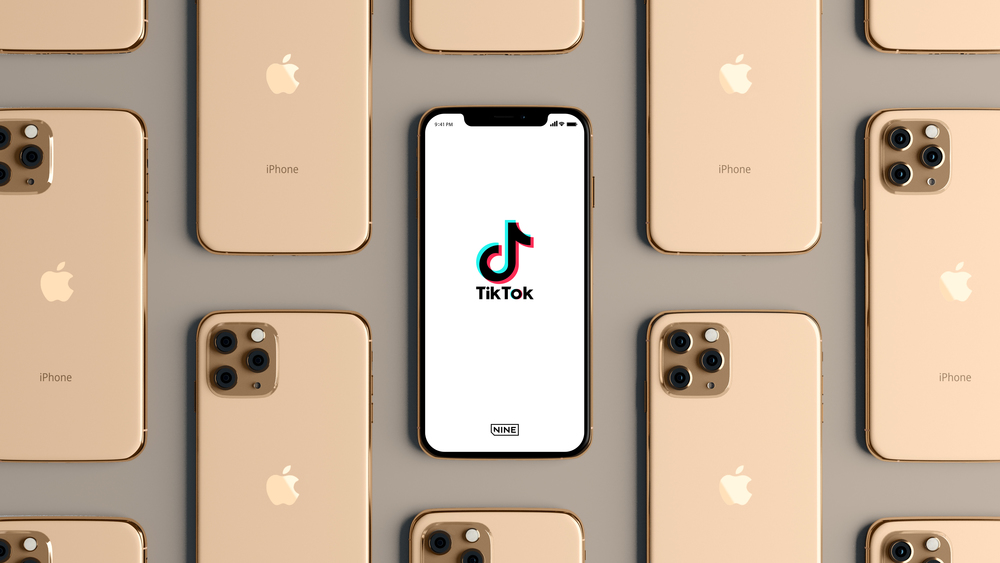 Everyone is coming after TikTok... including the U.S. government.

TikTok is a video-sharing social networking service that has saturated news feeds across all platforms with choreographed dances, art, lip-synching, music, comedic skits, and even commentary concerning current political and social justice issues. U.S. policymakers, however, are not amused.

So, what’s the big deal?

TikTok is owned by parent company Bytedance, a Chinese multinational internet technology company headquartered in Beijing. The app was launched in 2016 and became the most downloaded app in the U.S. in 2018. According to Omnicore Agency, TikTok has 800 monthly active users and accumulates 1 billion views per day. Steve Wright of Learn Online Video attributes this success to the “minimal effort with maximum results” nature of the app. Users can accumulate tens of thousands of views without needing all the fancy camera equipment and lighting other video-sharing platforms require for success. All they need is an iPhone or Android equivalent. This presents incredible digital marketing opportunities for companies and influencers alike, particularly those seeking to target Gen Z, since 41 percent of users are between the ages of 16 and 24.

Yet in recent weeks, a surge of evidence has been presented that supports the idea that TikTok users may be giving the app more personal information than they bargained for.

TikTok, like most social networking applications, is constantly in the process of collecting user data. This includes location data, IP addresses, private messaging content, device details, and more interest-based information that helps the app better understand the user's likes and dislikes to better curate content. Other special permissions settings give the app access to contacts, age, phone number and social media accounts. According to The Washington Post, TikTok doesn't collect any more user data than Facebook does. The problem lies in the discreet way in which the company goes about collecting it. While TikTok operates as an independent subsidiary of its parent company and claims to store U.S. data on U.S. servers, its ties with China are seen as an international security threat for a myriad of reasons.

Apple recently tattled on TikTok for “spying” on its users, violating privacy policies. This discovery was made in light of glitches associated with Apple’s iOS14 update that granted an unintentional loophole for apps to access users’ clipboards. The clipboard houses the text a user has most recently “copied” or “cut” on their devices. Now that may not sound like a big deal… unless your most recently copied and pasted text was your bank account password, social security number, or some other sensitive piece of personal information. TikTok pointed accusatory fingers at outdated, third-party ad software, but when Apple fixed the glitch and established a system that now alerts users if an app is accessing their clipboard... Guess who got caught again...

User privacy breaches like this fuel anti-TikTok sentiments from U.S. government officials who worry that ByteDance could potentially be forced to hand over data to the Chinese government. TikTok denies that this is even a possibility and has claimed to fix the privacy issues, yet lawmakers remain unsure. Earlier in the year, U.S. Military branches banned the use of TikTok on military-issued devices. Many cyber security experts challenge these claims, deeming them far-fetched, but the political scrutiny remains.

Last week, a glitch in TikTok’s system led enthusiasts to believe that their greatest fears had come to fruition when all video comments and views vanished. Assuming this pointed to the impending demise of the beloved app, users took to other social media platforms to mourn. TikTok later announced that the issue stemmed from high-traffic on a server located in Virginia. The issue was fixed, and TikTok lived to fight another day.

Other more indirect security concerns circulate around TikTok’s content and censorship practices. According to CNNBusiness, the company has allegedly engaged in “politically motivated censorship,” particularly concerning anti-socialist content, pointing to the alleged loyalties to the Chinese government. TikTok is currently under a national security review by the Committee on Foreign Investment in the U.S. (CFIUS) for this very reason. In addition, the platform has served as a breeding ground for controversial content ranging from the exploration of conspiracy theories to false claims regarding the coronavirus. Those within political spheres fear that the platform could also aid in dictating the global conversation and thus “undercut American democracy.”

Reviews from the American people side of the equation are mixed. While some are firm believers in banning the app for the sake of national security, others are uncomfortable with the idea of granting the U.S. government the power to regulate app usage. Parents’ concerns are more centralized on their limited ability to censor or monitor what content their children are able to view or who they can interact with on the app. These apprehensions are not unfounded. In 2019, TikTok was forced to pay $5.7 million to the Federal Trade Commission because the app's predecessor, Musical.ly, was in direct violation with the U.S.'s children’s privacy law. Parental controls have been intensified, but their sufficiency is still out for debate.

Perhaps the cyber security buzz surrounding TikTok is simply another conspiracy theory getting too much attention. Perhaps it’s not. Regardless, video and user-generated content have become increasingly valuable in the digital marketing realm. While TikTok may be the “it” platform for now, recent scrutiny is not shedding too positive a light on the app’s future in the U.S. and other countries. India recently banned the app, among other Chinese platforms, in response to intensifying conflicts with China.

As policymakers continue to carry out security risk assessments on TikTok, it is likely that more and more companies will emerge to try their hand at a copycat platform. According to SmartInsights, “it is estimated that the average person will spend 100 minutes every day watching online videos in 2021.” With that kind of forecasting, the potential for advertising and digital marketing is astronomical. TikTok’s glory days may prove to be short-lived, but for video-sharing social networking, this is only the beginning.

For now, here’s a list of TikTok’s past, present, and up-and-coming alternatives from of the biggest players in the social networking game:

Y'all knew this one was coming. Vine was an American short-form video sharing service acquired by Twitter and officially launched in 2013. Users uploaded 6.5-second videos to the platform that .accumulated "loops" instead of views. Like TikTok, Vine's content ranged from quick music covers to protest coverage. By the end of 2015, Vine had had more than 200 million active users. Uploading was tragically disabled in 2016 and transitioned to an archive format that was terminated two years later. Vine's legacy lives on through YouTube compilations that boast millions of views and are still regularly quoted by those who witnessed it in its heyday. "It's an avocado...thanks!" R.I.P. Vine.

Lasso has been one of several of Facebook's failed attempts to rival TikTok's success. Lasso was quite literally an off-brand TikTok. Teenage users created short videos and uploaded them to a main feed using licensed music and hashtag trends. The operation shutdown in early July 2020.

Vine's successor has been a long time coming. Dom Hofmann, Vine co-founder, experienced major delays across the application's journey, but the platform finally launched in January 2020. The platform is still in its infancy, leaving many features to be desired. Only time will tell if it will be able to live up to its predecessor's hype.

This one speaks for itself. This kid-friendly alternative to YouTube gives parents the liberty to let their children entertain themselves without the fear of them coming across inappropriate content.

This kids-only social media platform was founded in 2012 by Zach Marks, who had gotten in trouble with his parents for creating a social media account and lying about his age. Marks grew up in a coastal town where the term "grom" was used frequently as surfer slang for a young surfer. Grom Social is monitored 24/7 by "Grom Helpers" to eliminate any presence of inappropriate language or behavior. The platform also teaches digital citizenship and online safety.

Instagram's independent video application is unique in that it allows users to share much longer content. Mobile users can upload videos up to 15 minutes in length, while desktop applications allot up to 60 minutes of content. Instagram users are automatically given access to the IGTV feed, but it can also be downloaded separately.

Social networking giant, Facebook, has made efforts to mimic the platform with its up-and-coming TikTok-esque ‘Collab’ app as an alternative. The app will allow users to create short, collaborative music videos that can be shared on a centralized feed, similar to TikTok. The user can create three individual clips using different instruments to mix the sounds, creating their own compositions. It is currently only available as an invite-only beta. Hopefully this one proves to be more successful than Lasso. Fingers crossed, Facebook! We're rooting for you.

YouTube is also reported to have a competitive platform called ‘Shorts’ in the works. The platform will allow users to access a database of licensed music, much like TikTok, and upload short videos to a main feed.

The Nine specializes in web design, development, and digital marketing. The company’s custom content management system lets customers easily manage their own website. The Nine has had the honor of working with clients like The City of Tuscaloosa, The Chamber of Commerce of West Alabama, The University of Alabama, The Alabama Realtors Association, The Tuscaloosa County Sheriff's Office, Alabama One Credit Union, Benchmark Rings, Pritchett-Moore Real Estate, and Colonnade Group. For those interested in using The Nine for their next project, visit www.nine.is to get an estimate.